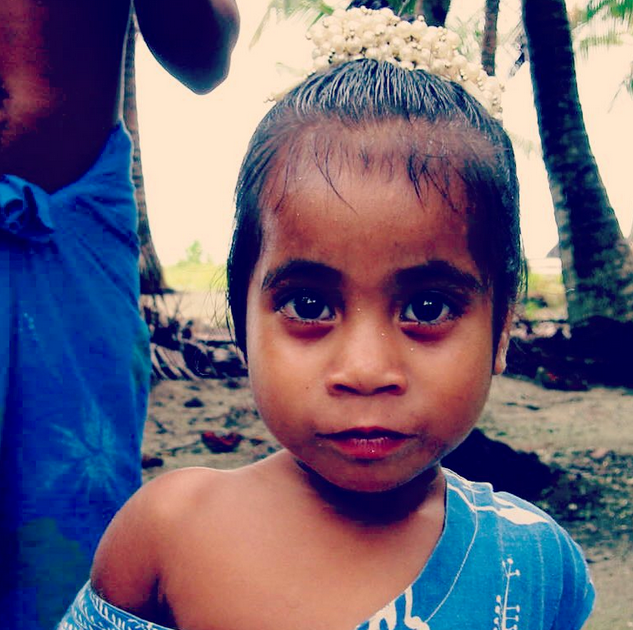 In my pursuit to learn who some of the first victims of climate change would be, I made a point to visit an atoll in Kiribati located in the South Pacific. 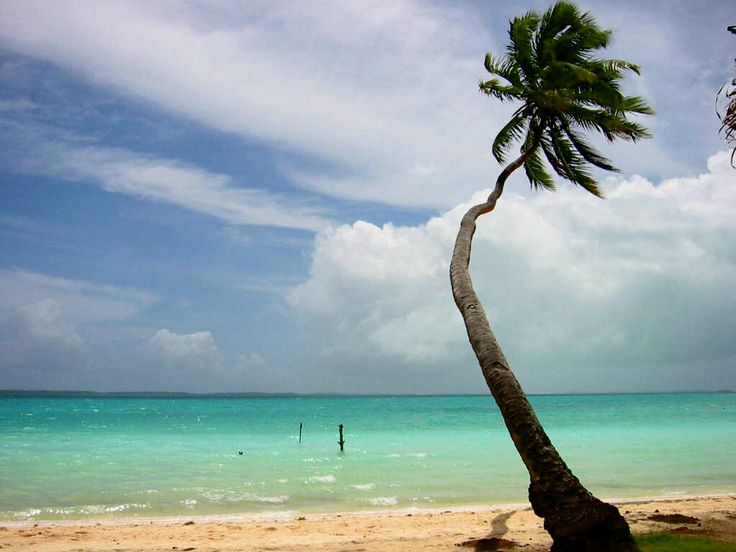 As I walked around the island, I took note of how low the islands were and how the rain, when it fell like sheets of water from the sky, made the land meet the ocean in an unsettling way. I remember thinking that only a few feet would completely erase the taro, the palms, the greenery and the crops. 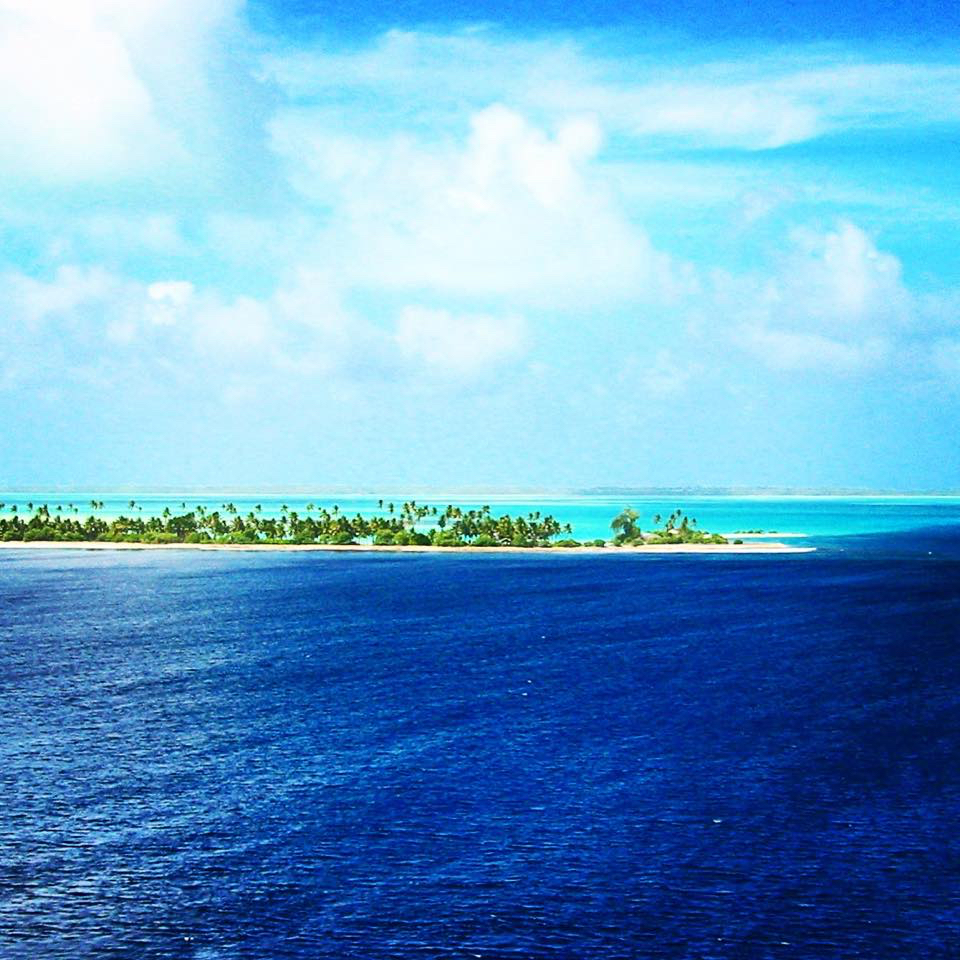 I remember clearly the moment of being stuck in an extreme rainstorm with a few locals and as we huddled under an awning, we bonded. Nothing brings people together like the weather and all it took for us to feel connected was the waiting for the rain to pass. In that moment I recall looking out into the lagoon and seeing blinding florescent hues of blues, greens and whites and thinking how haunting it was. After the rain passed, I continued to walk around, photographing as much as I could, feeling both amazement and sadness. Sadness because this was sacred ground with numbered days and amazement because here I was witnessing total paradise on earth.

And then I met this young girl and her father.

I’m amazed by what can be felt between two souls when we cannot speak the same language. Her and I spent a few minutes communicating with non-verbal cues which allowed us to enjoy a moment in time I will never forget. Although no words were spoken, she allowed me to photograph her. Trust was established between us within minutes of meeting and in that moment, I understood deeply that when we are not walled by the confines of language, respect and curiosity can combine to create magic. She will never remember me I am sure, but it’s her face I see daily while I observe the world as it races blindly in pursuit of progress at any cost.

The inhabitants of the South Pacific will lose not only their physical land, but the place that gives them their culture, their identity and their history. Their richness in heritage is what we long for as we pursue money, fame, recognition and social media real estate. What we lack, they have and yet, they are the ones with everything to lose.

These are the childhood photos of those who will become some of the first refugees of climate change and rising sea levels. 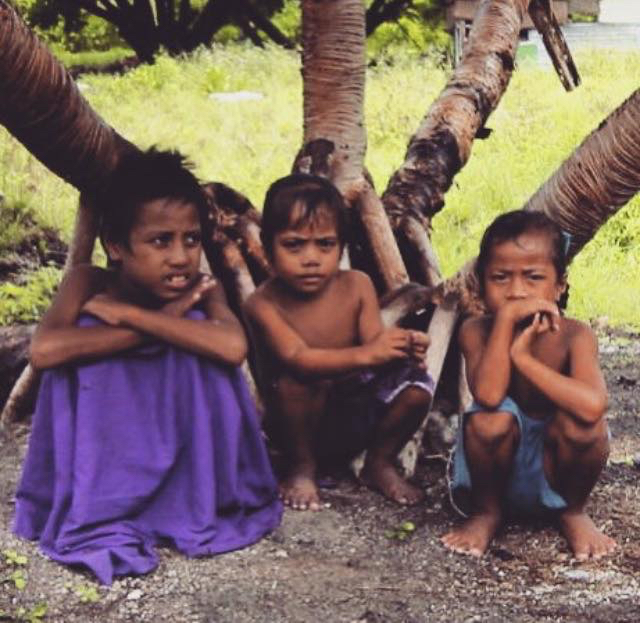 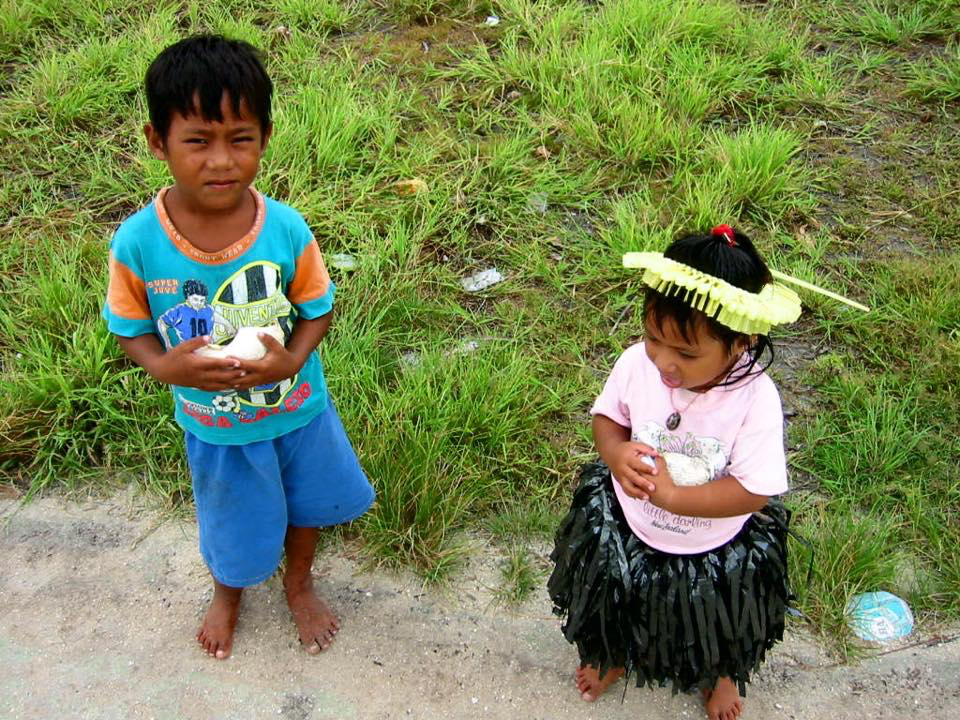 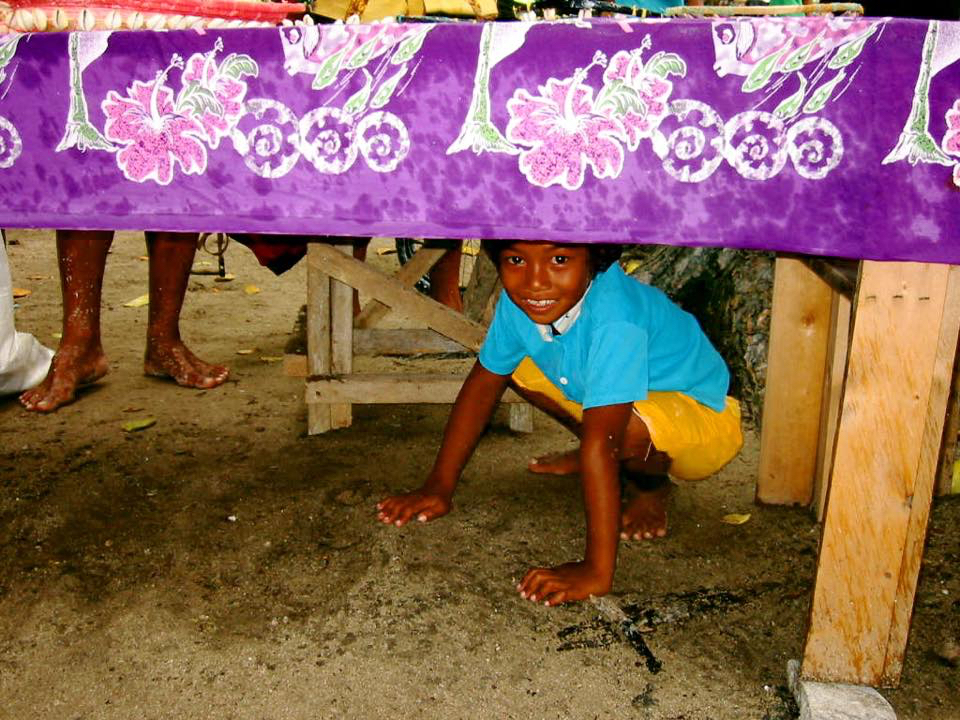 This trip was many years ago now and in 2015 it is more apparent then ever that all of us will become refugees of climate change. I believe 2015 will be the year we look back upon as the year Mother Nature started getting real and began her own protesting.

Nothing brings people together like the weather. I hope.

How we can help at home:

My name’s Jason. I’m the traveller, writer and photographer behind JasonEscapes.ca, a travel and lifestyle blog created in 2015.